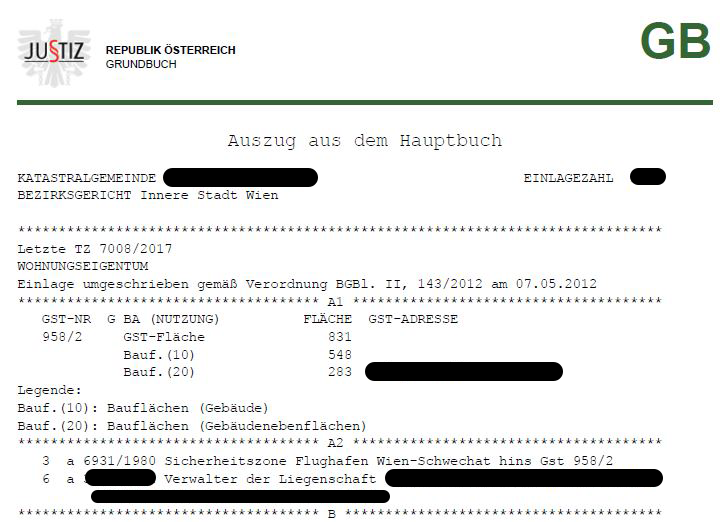 My appointment with MA35 to issue my Bescheid der Zusicherung der Verleihung is next Thursday, and there is one piece of paperwork that they need me to clarify, before they issue the Bescheid (issued in person at MA35 and with a fee to be paid of EUR 45). It will be six months and one day since my initial application appointment.

I have advised (and resent) the Grundbuchauszug (which does not list the physical address, but instead uses a numerical system for the Katastralgemeinde (a five digit number – in my case the five digit number on the Grundbuchauszug corresponds to Untersievering) and an Einlagezahl – which is the number of the building within the Katastralgemeinde) to my case officer, who steadfastly claims that this is the wrong Grundbuchauszug, in light of the address quoted for the owner. In addition there is a Grundstücknr which corresponds to the house that our flat is located in. I have therefore requested that my case officer has her supervisor in attendance at the appointment, and will go armed with a copy of the Kaufvertrag to disprove my case officer’s (misinformed) opinion.

Once the issue is resolved, I’ll be issued with the Bescheid. I’m not worried that there will be a hold-up, but slightly unimpressed that case officers seemingly do not have the wherewithal to follow-up properly on a Grundbucheintrag.