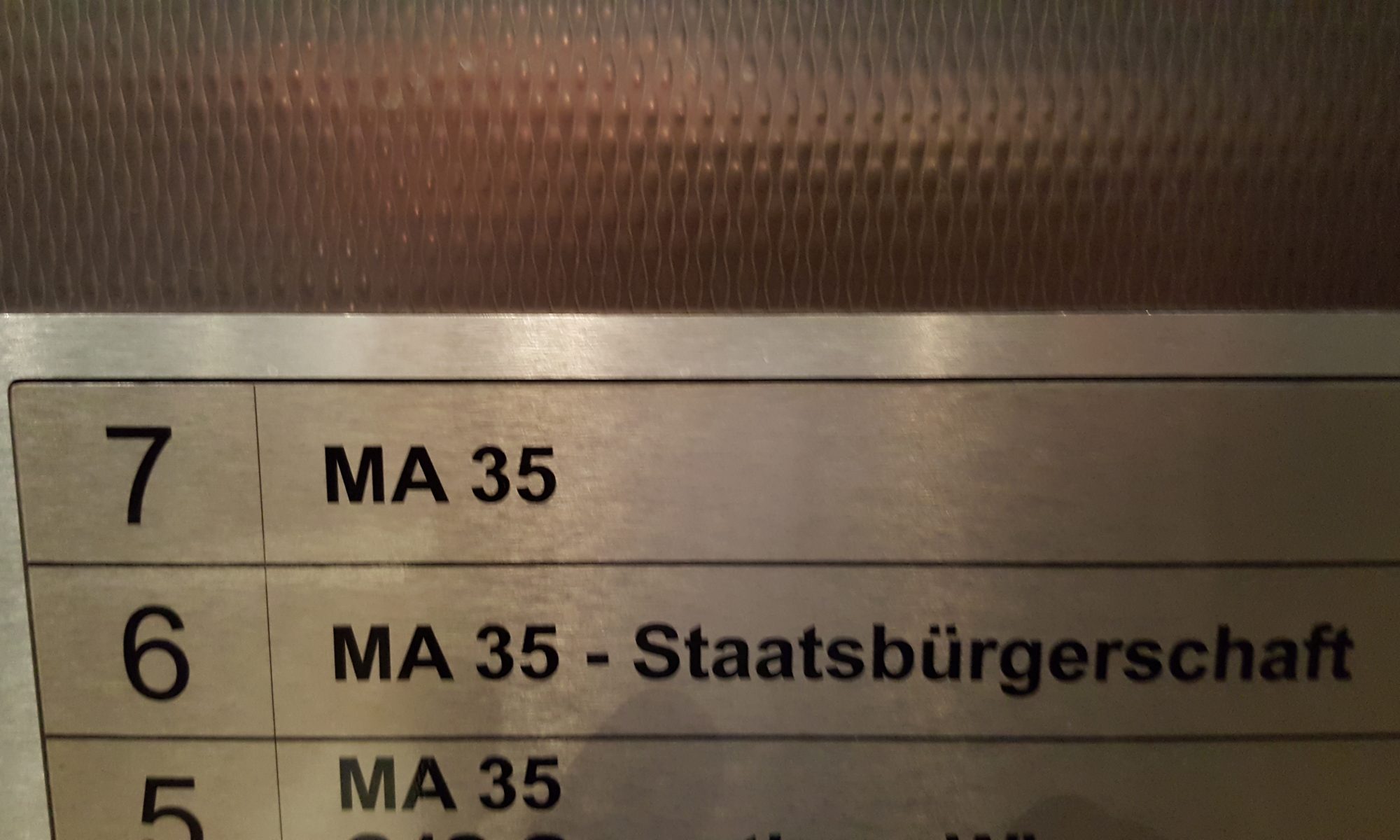 Tuesday’s announcement from Downing Street was unexpected. Its timing meant that having announced last October, with a considerable fanfare that the “15 year rule” was to be consigned to history and that British citizens will have a vote for life even if they no longer reside in the UK, that that will not be the case at the next General Election, a mere seven weeks away.Regardless of the election, I have already started gathering paperwork that I will need for applying for citizenship, based on the public list given by the City of Vienna, but today I went to MA 35’s Abteilung für Staatsbürgerschaft to have the required documents confirmed.

The snow was melting as I set off down the garden path in order to get there for 8 a.m. Arriving punctually for opening, there was a queue of 20-30 people to get a number, many brandishing documents that they were required to submit to complete their applications. There were also a number of lawyers, with their clients, trying to get them through what is quite an ordeal if you have not mastered German. Once it was my turn, I showed my passport and explained my intention and was given a number for a queue (various issues are handled by various parts) and it all keeps the procession of cases to be handled ticking over. After around 15 minutes, I was seen by the same case officer who has been handling my wife’s naturalisation. We quickly went through the list of items, many of which I have started to apply for, and which are steadily being received in the post. Reassuringly my degree in German and French will be sufficient for me not to be requested to do a German language test (B1/B2 on the Common European Framework depending on whether you apply for citizenship after 6/10 years). My official appointment for the application – which takes approx. 1 hour – has been set for the end of October 2017, so the next six months will be the time to get the remaining paperwork together.

I am a step closer on the paperwork front too. Today I received the item from the Kreditschutzverband (Selbstauskunft zur Vorlage) which was despatched by post, and which I had to pay the postman for upon delivery (for that reason, it is worth making sure you have EUR 29.80 in cash at home if you are doing similar – the postman does not carry change!).

This contains excerpts from the KonsumentenKreditEvidenz (a register of consumer loans). Some bank overdraft facilities are captured in this way – as they constitute a type of credit facility. There is also a Warnliste (warning list) excerpt in relation to this (which should of course state “Es liegen keine Eintragungen vor”), as well as the WarenKreditEvidenz (a register for trade loans).